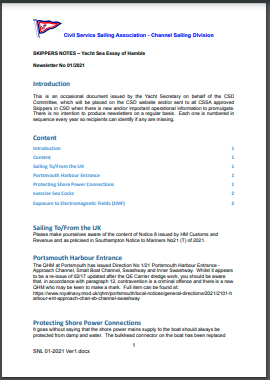 Some internet resources for Skippers and Crew (Opens in new tab)

From time to time the CSD publishes Skipper’s Newsletters.   These will be circulated to CSSA Approved Skippers who are familiarized on Sea Essay.

Note that newsletters published between 2010 and 2014 have been archived here.